Hi Alex! First off, introduces your-self! I’m sure some if not, loads of Danish craft beer lovers do not know you, so grab the microphone and tell about who you are, when your beer adventure started and what led you to blog, podcast and spread the word about (Not to drink) beer? Let us get to know you!

”I am Alex Kidd and over a decade ago I started the janky beer website, Dontdrinkbeer.com! I took my love of homebrewing and coupled it with my love of improv and stand up comedy and sought to have fun examining beer culture. I have written over 3500 reviews and 1.5 million words about beer.”

I chose to reach out to you, because you are the father of the proverb “Smash The Patriarchy, Barley Wine is Life” or the abbreviation “BIL”, and even though the proverb is used almost by every Barley Wine drinker in the world, not many people know the origin behind it. So you cannot tell the story behind the proverb, or rather the philosophy behind “Barley Wine Is Life”?

”One night I was examining all the special interest Facebook groups for beer and every type was served, except for my favorite style. Unlike other types of beers, barleywine is pure, strong, undiluted, with a historical pedigree that is both commendable and literally affects your life.  At 2am I made a Facebook group and invited 100 people, the maximum allowed and other malt enthusiasts allowed it to take off from there.”

What is so good about Barley Wine that you invented the proverb “Barley Wine Is Life” and spend so much time creating content around that particular beer-style – what is it, that Barley Wine can, that other beer styles cannot? And what’s best in your opinion, English or American barley wine?

”Barleywine is such a fantastic platform to express the biggest and most intense profiles that malt can offer. It does this not with additives, adjuncts, or attempting to emulate desserts, it stands alone as a singular expression. It is a great base for barrel aging, cellaring, experimenting with vintages, or the upper reaches of what beer itself is capable of. English barleywine gets all the love but American barleywine is fantastic when barrel aged and the hops lend and intense complexity over and above oak and sweetness.”

Few Danish beer-geeks are probably aware of it, but you have actually made your own Barley Wine together with Port Brewing called “Don’t Drink Barleywine” – a beer that I’m actually pitching one can of, into a giveaway I’ll run as soon as this article is published. What was it like to make “Don’t Drink Barleywine”, how much were you involved in the process, what were the thoughts behind it and can you give readers an idea of what flavor notes to expect?

”I wanted to create a non-barrel aged old school riff on the classic English style to give people access to a solid entry point for the genre. We collaborated and came up with the most simple and straightforward malt receipe possible and I love the house culture they use for Angel’s Share and the result is a pure, accessible entry for the style. It is gently carbonated, efficiently attenuated, notes of fig jam, pralines, currant and dates. Finish is succinct and punchy with a clean moderate drag.”

If you had to name 3 very expensive, and 3 cheap Barley Wines that everyone should try, which ones would you mention?

”Three god tier barleywines: Anchorage Brewing a Deal with the Devil batch 3 is over $2000 and is a top 5 beer I have ever had in my life. Double Barrel Anabasis is exceptional if you dont bake it into a pie. The Xyauyu variants are also fantastic.

What is best, barrel aged or non-barrel aged why? And should people drink fresh, or age their Barley Wines?

Finally, I want to thank you for your time, and thank you for joining! Here on the finishing line for this little interview, can you finally tell me “is Barley Wine life”?

”Yes it is, and so are all the decisions you make after you decide to pop a barleywine, those become part of your life.”

Also tell my readers where they can find you online, if they want to get to know you, or just have more “Don’t Drink Beers” shenanigans.

One last thing! What do you think about the concept of “BarleyWember”? Isn’t that something for DDB or the rest of the craft beer scene in the USA? It could be cool if we could do make the concept worldwide, and put pressure towards November being the month where all craft-beer lovers worldwide pay a tribute to Barley Wine!

If you or others want to participate, finally use #BarleyWember when drinking a Barley Wine during the month of November.

Thanks for your time Alex. 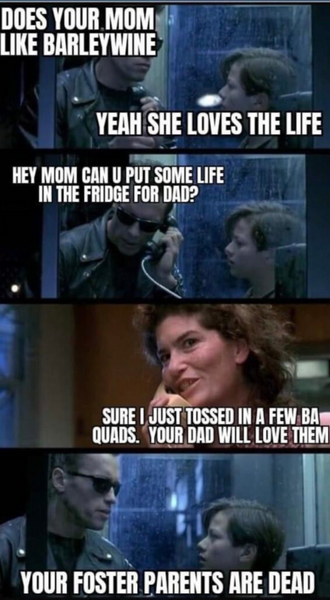 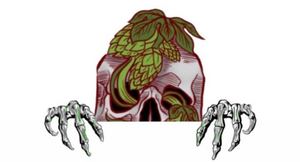